Sentencing Hearings are one of the things I handle often as a criminal defense lawyer here in Atlanta and other parts of the country.  I also write occasionally about how the press and criminal cases intersect, and the increasing abdication by the press when they simply re-print whatever “press release” gets issued by some prosecutor’s office.   Today I just finished a two day sentencing hearing in federal court.  There likely will be some press coverage about the case, but I will leave that for another day.  Instead, I want to talk more specifically about how sentencing hearings operate in theory, and in practice.

People who are familiar with the kind of work that I do know that a sentencing hearing needs to happen any time someone is convicted of a federal crime (whether that conviction comes after a trial or after a plea of guilty).  The first thing that happens is that the person gets interviewed by a United States Probation Officer, who creates a lengthy document called the “Presentence Investigation Report” or “the PSR.”   The PSR generally has two parts.  One is sort of a miniature biography of the Defendant, while the other portion is where the Probation Officer makes recommendations about how to calculate the Sentencing Guidelines.  These Guidelines result in a “range” of months for a particular case.  This range is the starting point, because after the Judge calculates the Guidelines and gets that range, the Judge then needs to decide what is a “reasonable sentence.”  The factors for a reasonable sentence are found in another law called title 18 United States Code, Section 3553.  After the Judge considers those factors, the Judge decides if the 3553 factors suggest a sentence that should be inside, higher, or lower than the range suggested by the Sentencing Guidelines.  At least this is the way it is supposed to work.

The fly in the ointment is sometimes the U.S. Probation Officer, the person who we in the business lovingly prefer to as the “PO.”  If the PO comes up with a Guideline range that is artificially inflated, the defense lawyer often has to spend so much energy and time arguing about getting it down to the “correct” range that the Judge has sort of run out of patience when that same lawyer then asks the Judge to go below the Guideline range when applying the 3553 factors.  I sometimes refer to this as the “height of the diving board” factor. 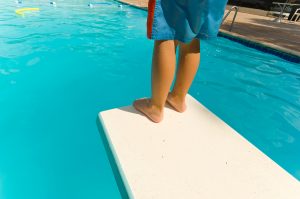 It is easier to jump off a diving board that is not very far above the water, but more difficult when the water is 20 feet down there.

Today’s sentencing hearing had the PO saying that the Guideline range was 325-405 months in custody.  After an entire day in court, we made a whole bunch of objections which led the Judge to conclude that the proper Guideline range was actually 168-210 months.  However, we spent so much energy in getting “down” to that range that we had a difficult time convincing the Judge to go much lower (although the Judge did so, but we can discuss that also at another time).

People (and by this I mean lawyers) often forget the huge impact that a PO can have on a case.  That is why I always attend all meetings with the PO and do my best to advocate for our point of view when discussing the case with them even before we go to see the Judge at the sentencing hearing.