We are still here for our clients, old and new, during the coronavirus pandemic.
Atlanta Criminal Defense Lawyer Blog 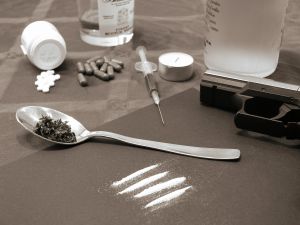 I have several current clients who come from very nice families, young people whose lives can be impacted severely because of some stupid involvement in drug crimes. The reason that these crimes can have severe impacts are the set of mandatory minimum sentencing schemes enacted by Congress back in the 1980’s. These harsh sentencing laws can result in 5 or 10 year minimum sentences, even for some of those least involved in a drug crime. A good example on how even the least involved person can get caught up in these harsh mandatory sentences is an appeal we won for a client several years back.

These mandatory sentences can be amazingly harsh, especially for anyone foolish enough to deal in either crack cocaine or LSD. Small amounts of either substance can yield 5 or 10 years in a federal prison, with absolutely no hope of parole. What makes it even more absurd is that the sentence depends on the weight of the “mixture of substance” that contains even a “detectable amount” of the drug. The Supreme Court has had held that the blotter paper on which some foolish young person drips the drug is included in the weight. Many families have been so incensed about these ridiculous sentencing schemes that they have bonded together in the Families Against Mandatory Minimums lobbying group.

Many parents and young people are also shocked when they realize that there is no “first offender” or records expungement procedure in federal court. In other words, young people caught up in a federal drug case can be stuck with the stigma of a criminal conviction for the rest of their lives.

We have been able to help a few young people in these situations. Obviously, the most important thing anyone can do when they know a young person caught up in a federal drug investigation is to contact an experienced federal criminal defense attorney.